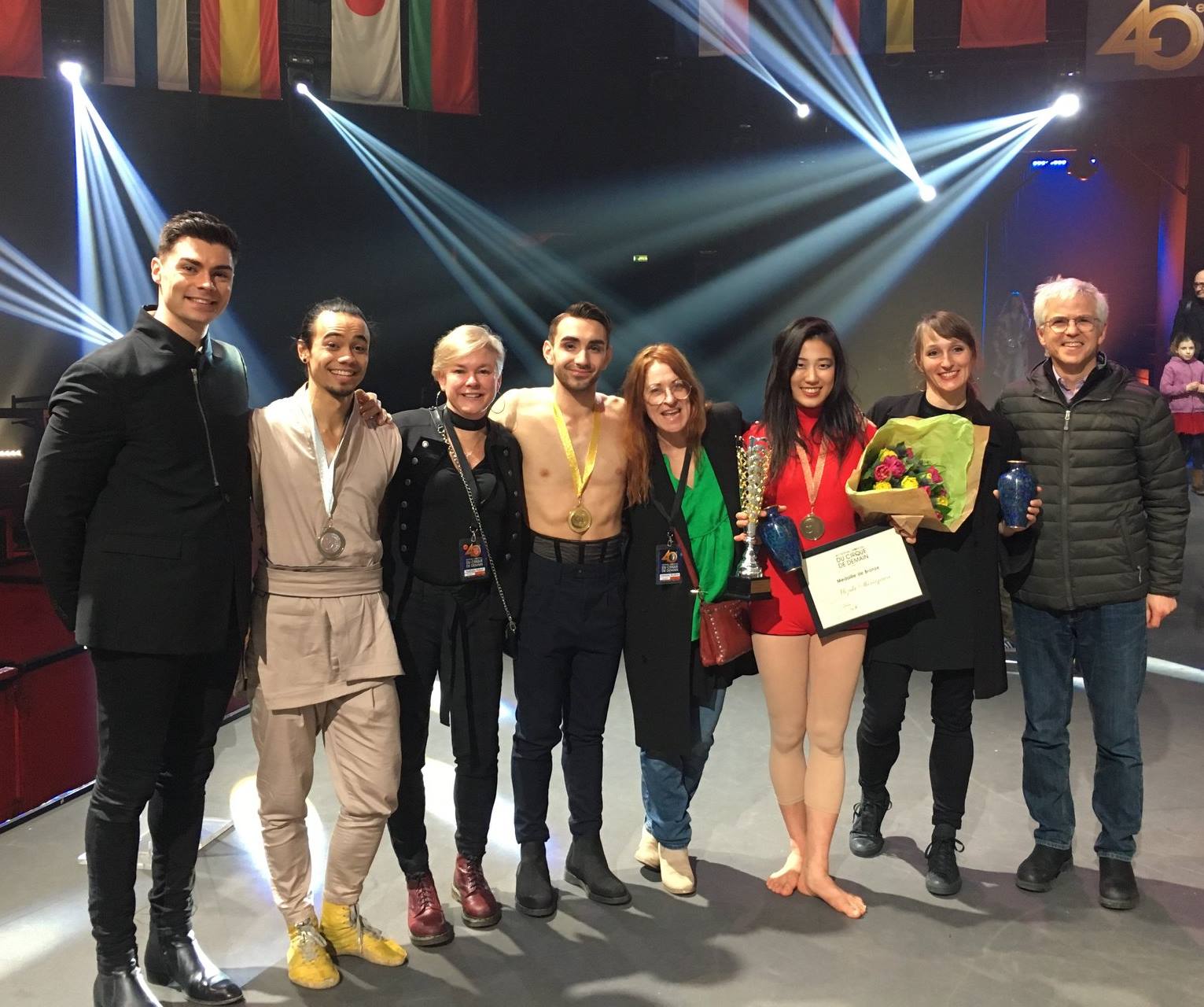 Montreal, February 4, 2019 – Three National Circus School graduates took top honours, winning gold, silver and bronze medals at the 40th Festival Mondial du Cirque de Demain in Paris. At this, the world’s major contemporary circus competition, the most talented artists on the planet converge. The annual event is often likened to Olympic Games for the circus with a strong artistic component.

Arthur Morel-Van Hyfte (2015 graduate) brought home a gold medal for a dance trapeze number as well as the Club du Cirque Prize and the Chinese Acrobats Society Trophy. Laurence TremblayVu (2013 graduate) won a silver medal and the Arte Prize by performing a tightrope act, and Mizuki Shinagawa (2018 graduate) walked away with the bronze medal, and the APM Productions and the Compagnie Altitude trophy for her performance on silks.

At this edition of the Festival, the straps duo comprised of Guillaume Paquin and Nicole Faubert (2015 graduates) also took part in the competition. In addition, for the first time a trophy in memory of Raphaël Cruz (2005 graduate) was awarded. The entire School team congratulates the winners and the participants, while also acknowledging the outstanding work of its faculty.

This is not the first time a National Circus School delegation has taken to the podium at this festival. Over the years, more than 90 students and graduates of the School have gained distinction by winning more than 50 medals and special prizes, including 11 gold medals, 21 silver and 15 bronze. This makes the NCS the most awarded circus school in the world!

About the National Circus School

Founded in 1981 in Montreal, the National Circus School is a school for the arts offering programs at the high school and college levels. With the aim of educating and training professional circus artists and educators, the institution has become an international reference in its field. It has educated more than 500 artists, many of whom have gone on to win top honours at the world’s most prestigious festivals. A pioneer of the new circus in Canada and North America, the National Circus School has contributed to the emergence of many circus companies, the most renowned of which are Cirque du Soleil, Cirque Éloize and The 7 Fingers.